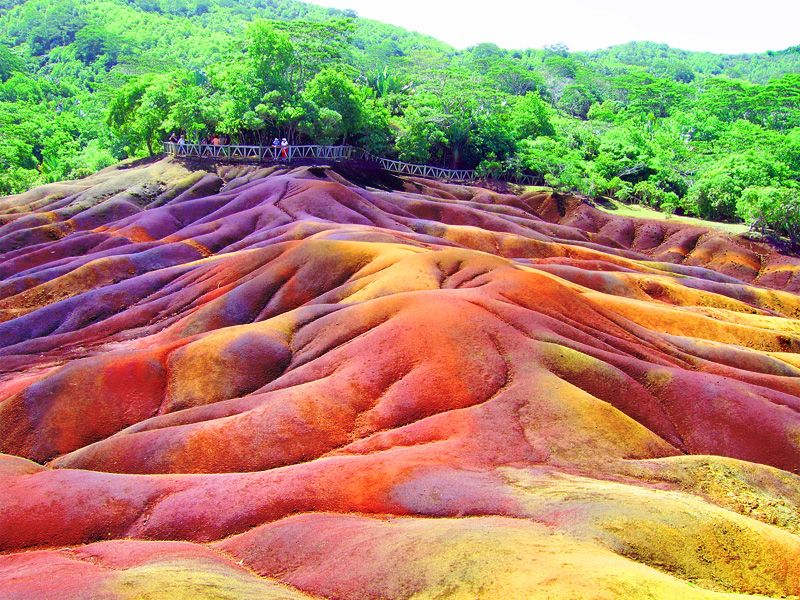 The Seven Coloured Earths are a geological formation and prominent tourist attraction found in the Chamarel plain of the Rivière Noire District in south-western Mauritius. It is a relatively small area of sand dunes comprising sand of seven distinct colours (approximately red, brown, violet, green, blue, purple and yellow). The main feature of the place is that since these differently coloured sands spontaneously settle in different layers, dunes acquire a surrealistic, striped colouring. Since the earth was first exposed, rains have carved beautiful patterns into the hillside, creating an effect of earthen meringue.

The sands formed from the decomposition of volcanic rock (basalt) gullies into clay, further transformed into ferralitic soil by total hydrolysis; the two main elements of the resulting soil, iron and aluminium, are responsible for red/anthracite and blue/purplish colours respectively. The different shades of colour are believed to be a consequence of the molten volcanic rock cooling down at different external temperatures (hence rates), but the causes of their consistent spontaneous separation are yet to be fully clarified. 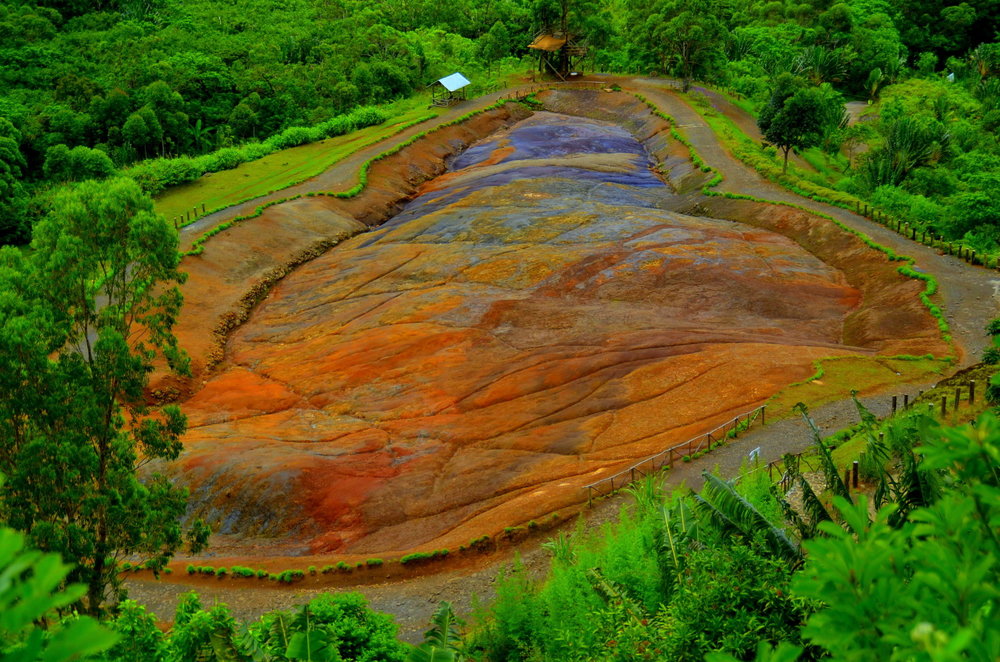 Due to the tropical weather conditions, all water-soluble elements such as silicon dioxide have been washed out. The remains are the reddish-black iron- and aluminium oxides which create shades in blue, cyan and purple. The various colors developed due to the different compositions. And what is more fascinating is the fact that if you mix the colored earth together, they’ll eventually settle into separate layers. And you may also be puzzled as the colors might play tricks on you and may appear to be shadows millennia, the rocks were pulverized into sands which have the amazing property of settling into distinct layers: if you take a handful of each of the seven different colours of dirt and mix them together, they’d eventually separate into a colourful spectrum, each dot of sand rejoining its colour caste.

The Colored Earth of Chamarel has become one of Mauritius’ main tourist attractions since the 1960s. Nowadays, the dunes are protected by a wooden fence and visitors are not allowed to climb on them, although they can look at the scenery from observation outposts placed along the fence. Curio shops in the area sell small test-tubes filled up with the coloured earths.

Chamarel is primarily a small village of about seven hundred inhabitants renowned for its seven-colored earth, its waterfall, the adventure park Chamarel, its rum distillery and the horseback riding. You can also find a leisure park at Chamarel and discover 12 hectares of rainforest nestled in the heart of a preserved nature. It is home to endemic plants. A forest adventure course that offered three routes. One of them is a free hike of about 1.7 km on the flanks of Piton-raft, that reveals some 60 endemic species of native plants and trees. 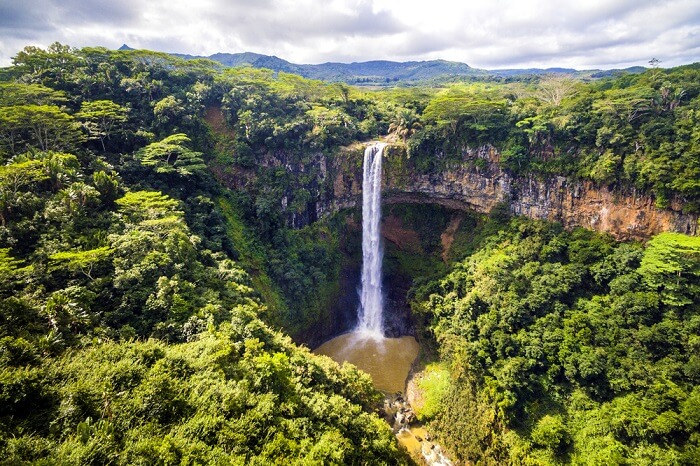