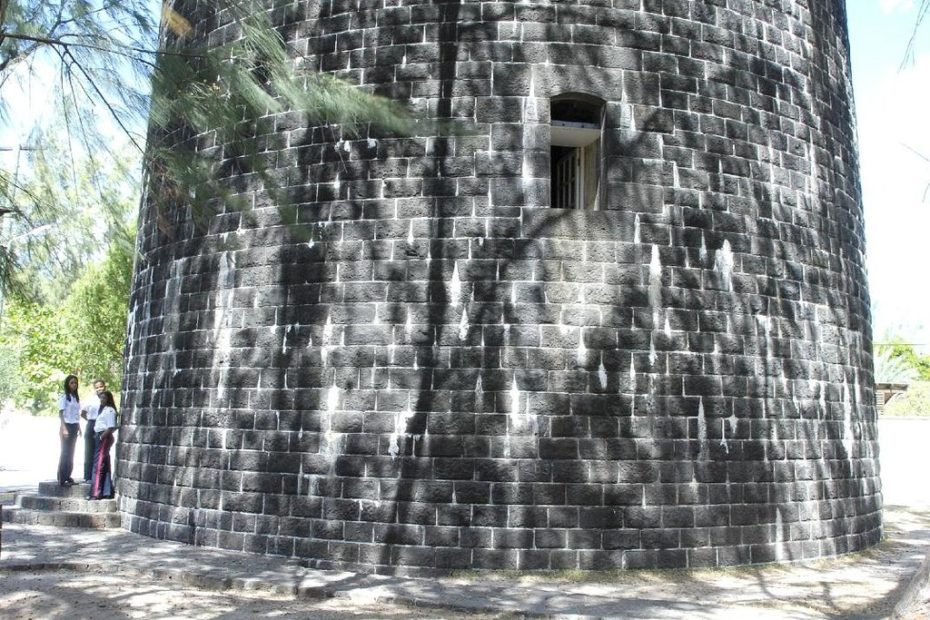 By the parking of La Preneuse Beach, in the west of the island, stands a ‘Martello’ tower which has been refurbished in the late 1990s and transformed into a museum. This is a short (about half an hour) but interesting visit you can do on your way to the beach. The tower was built while the island was a British colony for protection. With its round structure and very thick walls it was resistant to canon fire. 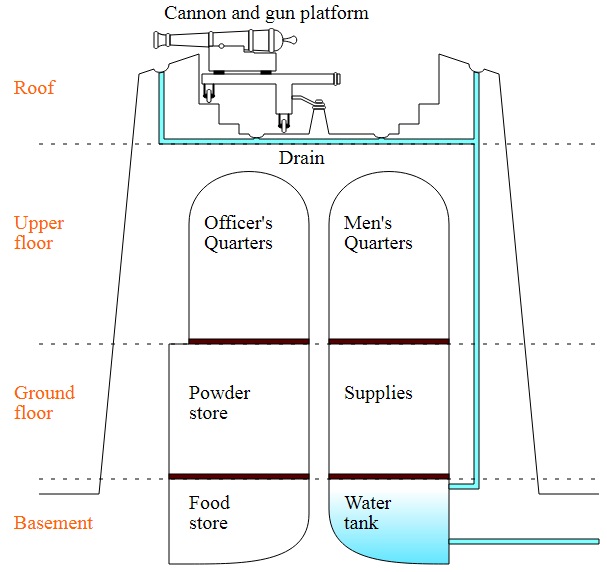 This is exactly what you can see in real!

When you come into the tower you can see the water tank through a transparent glass. There is a lever so that the water can be moved. Children usually like that feature very much.  On the upper floor, you can also see various artifacts that have been found nearby. The officer’s room gives a nice idea of how they lived at the time. There is also a chimney with some of the things they used at the time, like pots and an old iron in which coals were put to heat it up.

The roof or terreplein was surmounted with one or two cannon on a central pivot that enabled the guns to rotate up to 360 degrees. A well or cistern within the fort supplied the garrison with water. An internal drainage system linked to the roof enabled rainwater to refill the cistern. 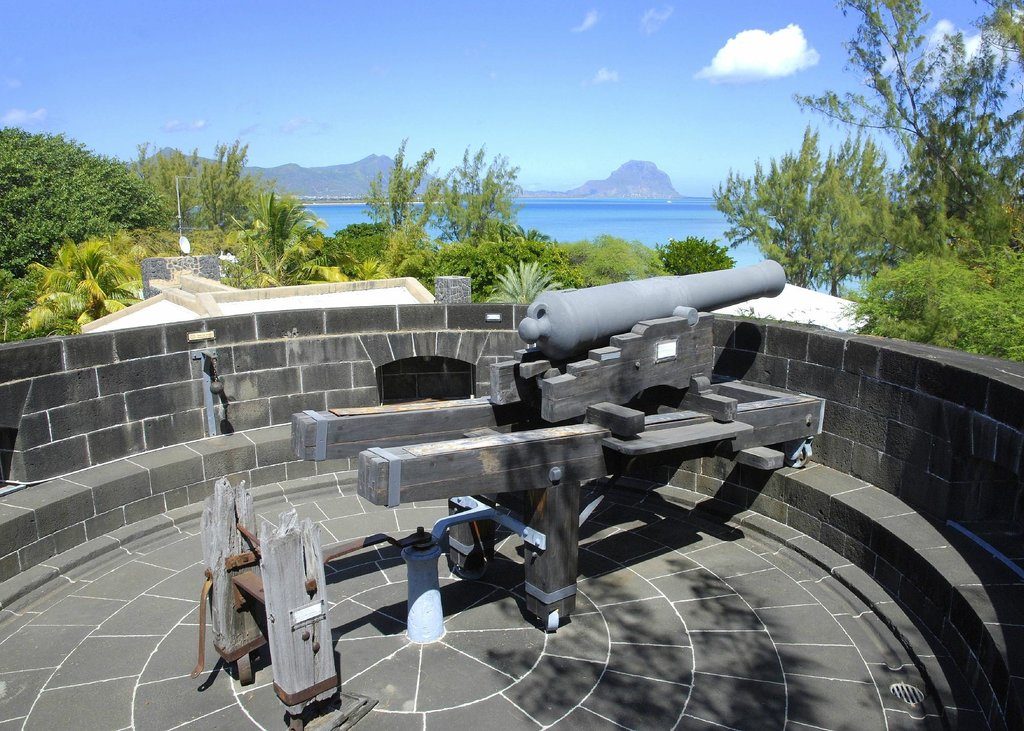 At the time of operation, the tower apparently had two cannons, a bigger one facing the sea and a smaller one facing the land. The bigger one only has been found and can be seen on top of the roof. The structure holding it is new, although you can see pieces of the old one that have been kept.

Free on the last saturday of every month

Guided visits: Every half an hour. A little sign at the entrance will let you know if a visit is ongoing and the time of the next ones. They do take a short lunch break, but don’t have a specific closing hour for lunch as they are pretty flexible depending on the number of visitors. If you see that it’s closed for lunch, I suggest you check back after 10 to 15 minutes and they might be open again. 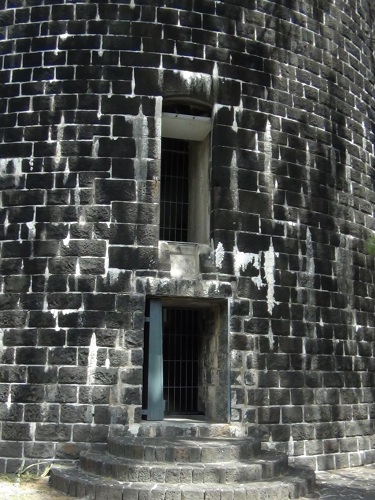